Platform Studies is a book series published by the MIT Press that invites authors to investigate the relationships between the hardware and software design of computing systems and the creative works produced on those systems.

Platforms have been around for decades, right under our video games and digital art. Those studying new media are now starting to dig down to the level of code to learn more about how computers are used in culture, but there have been few attempts to go deeper, to the metal â?? to look at the base hardware and software systems that are the foundation of computational expression.

Particular platform studies may emphasize different technical or cultural aspects and draw on different critical and theoretical approaches, but they will be united in being technically rigorous and in deeply investigating computing systems in their interactions with creativity, expression, and culture. While being addressed to readers without a computer science background, the Platform Studies books will drive deep into the workings of computers, opening an exciting new level for scholars, students, and general readers. 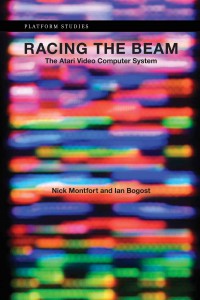 Racing the Beam: The Atari Video Computer System
By Nick Montfort and Ian Bogost
The Atari Video Computer System dominated the home videogame market so completely that “Atari” became the generic term for a videogame console. The Atari VCS was affordable and offered the flexibility of changeable cartridges. Nearly a thousand of these were created, the most significant of which established new techniques, mechanics, and even entire genres. This book offers a detailed and accessible study of this influential videogame console from both computational and cultural perspectives. 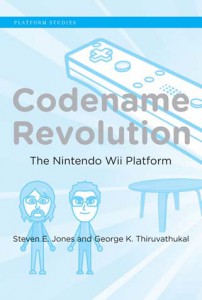 Codename Revolution: The Nintendo Wii Platform
By Steven E. Jones and George K. Thiruvathukal
The Nintendo Wii, introduced in 2006, helped usher in a moment of retro-reinvention in video game play. This hugely popular console system, codenamed Revolution during development, signaled a turn away from fully immersive, time-consuming MMORPGs or forty-hour FPS games and back toward family fun in the living room. Players using the motion-sensitive Wii Remote (or “Wiimote”) play with their whole bodies, waving, swinging, swaying. The mimetic interface shifts attention from what’s on the screen to what’s happening in physical space. 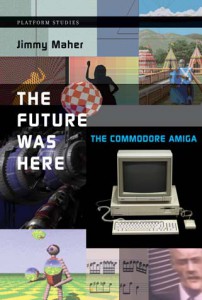 The Future Was Here: The Commodore Amiga
By Jimmy Maher
Long ago, in 1985, personal computers came in two general categories: the friendly, childish game machine used for fun (exemplified by Atari and Commodore products); and the boring, beige adult box used for business (exemplified by products from IBM). The game machines became fascinating technical and artistic platforms that were of limited real-world utility. The IBM products were all utility, with little emphasis on aesthetics and no emphasis on fun. Into this bifurcated computing environment came the Commodore Amiga 1000. 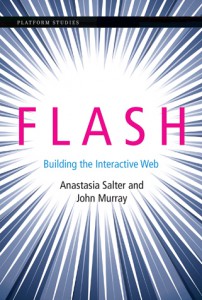 Flash: Building the Interactive Web
By Anastasia Salter and John Murray
Adobe Flash began as a simple animation tool and grew into a multimedia platform that offered a generation of creators and innovators an astonishing range of opportunities to develop and distribute new kinds of digital content. For the better part of a decade, Flash was the de facto standard for dynamic online media, empowering amateur and professional developers to shape the future of the interactive Web. In this book, Anastasia Salter and John Murray trace the evolution of Flash into one of the engines of participatory culture.

I AM ERROR: The Nintendo Entertainment System, by Nathan Altice

Playing with Super Power: The Super NES, by Dominic Arsenault

Peripheral Vision: Bell Labs, the S-C 4020, and the Origins of Computer Art, by Zabet Patterson

Now the Chips are Down: The BBC Micro, by Alison Gazzard

For more information on the series, or to learn how to submit a book proposal, visit the book series website.