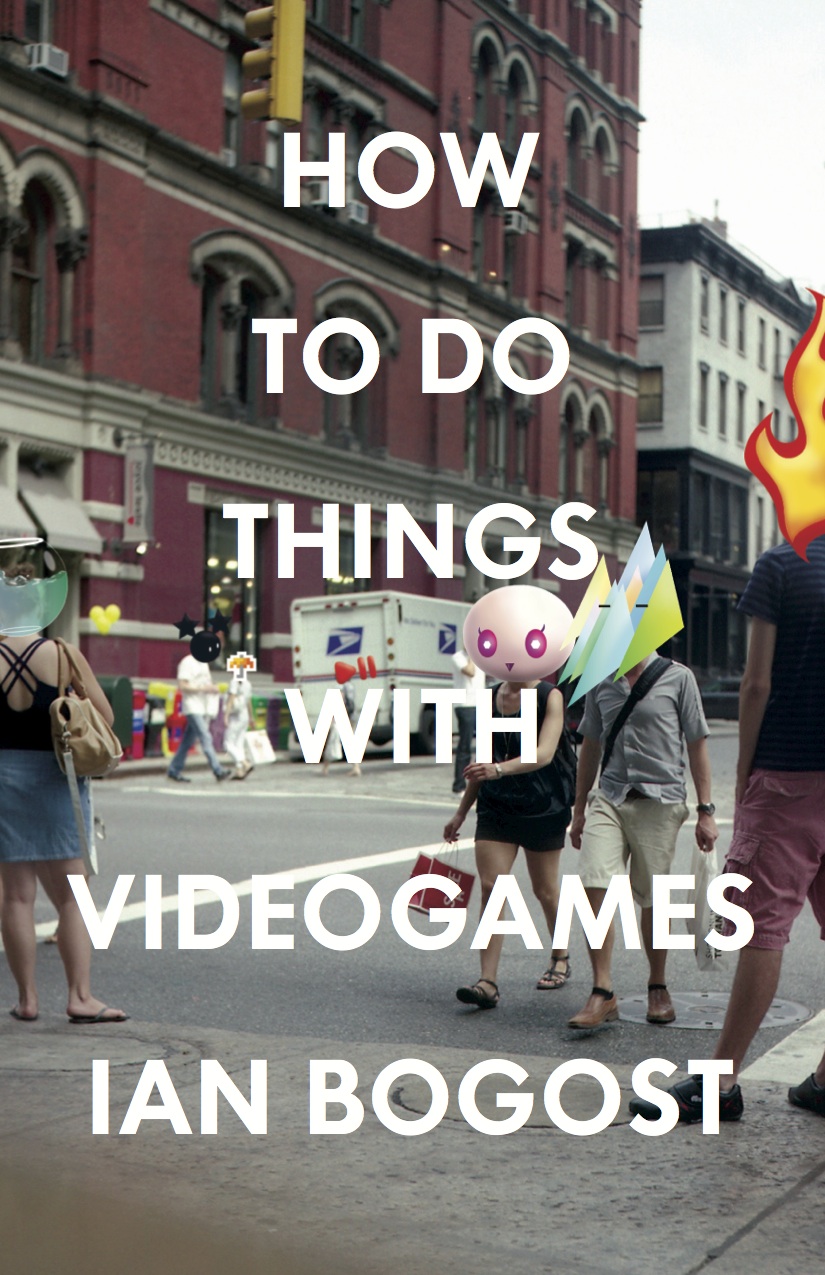 In recent years, computer games have moved from the margins of popular culture to its center. Reviews of new games and profiles of game designers now regularly appear in the New York Times and the New Yorker, and sales figures for games are reported alongside those of books, music, and movies. They are increasingly used for purposes other than entertainment, yet debates about videogames still fork along one of two paths: accusations of debasement through violence and isolation or defensive paeans to their potential as serious cultural works. In How to Do Things with Videogames, Ian Bogost contends that such generalizations obscure the limitless possibilities offered by the medium’s ability to create complex simulated realities.

Bogost, a leading scholar of videogames and an award-winning game designer, explores the many ways computer games are used today: documenting important historical and cultural events; educating both children and adults; promoting commercial products; and serving as platforms for art, pornography, exercise, relaxation, pranks, and politics. Examining these applications in a series of short, inviting, and provocative essays, he argues that together they make the medium broader, richer, and more relevant to a wider audience.

Bogost concludes that as videogames become ever more enmeshed with contemporary life, the idea of gamers as social identities will become obsolete, giving rise to gaming by the masses. But until games are understood to have valid applications across the cultural spectrum, their true potential will remain unrealized. How to Do Things with Videogames offers a fresh starting point to more fully consider games’ progress today and promise for the future.

“What can you do with videogames? Play pranks, meditate on politics, achieve zen-like zone-outs, turn the act of travel back into adventure, and describe how to safely exit a plane–among other things, as Ian Bogost explains in this superb, philosophical, and wide-ranging book on the expressive qualities of games.”
—Clive Thompson, columnist for Wired and contributing writer for the New York Times Magazine

“Gamers often beg for a critic with the persuasive power and range of a Lester Bangs or a Pauline Kael. With this book, Ian Bogost demonstrates his capacity to take up their mantle and explain to a larger public why games matter in modern culture. The book’s goals are simple, straight forward, and utterly, desperately needed. How to Do Things with Videogames may do for games what Understanding Comics did for comics–at once consolidate existing theoretical gains while also expanding dramatically the range of people who felt able to meaningfully engage in those discussions.”
—Henry Jenkins, author of Fans, Gamers, and Bloggers: Understanding Participatory Culture