among the “Ten Most Anticipated Games of the Year”
—Voxy
“Excellent and completely out there.”
—Wired
“A Slow Year takes zen inspiration a step further, with four interactive haiku.”
—Boing Boing
Winner of the Virtuoso and Vanguard awards
2010 Indiecade Festival

A Slow Year is a collection of four games, one for each season, about the experience of observing things. These games are neither action nor strategy: each of them requires a different kind of sedate observation and methodical input.

The game attempts to embrace maximum expressive constraint and representational condensation. I want to call them game poems. The set comprises a little collection, a kind of videogame chapbook. 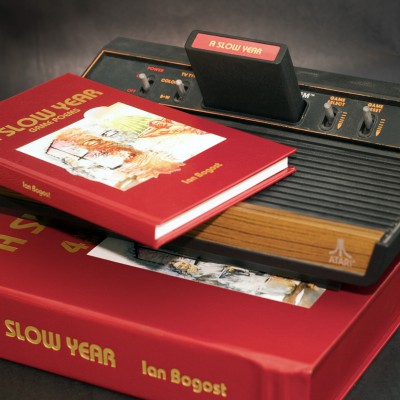 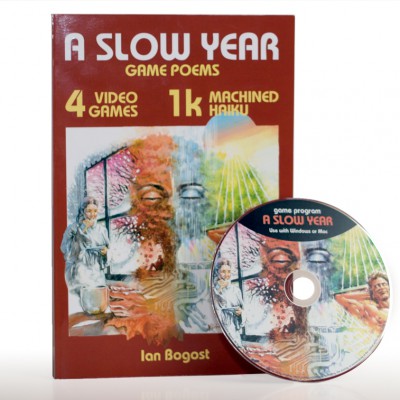 A Slow Year was originally available in two editions, as a paperback book of poetry with software for PC and Mac in a custom Atari emulator, and for Atari as a numbered, signed, boxed limited edition with cartridge and leatherbound hardcover book. The paperback edition is officially out of print, but some copies remain for those who are interested.

You can download the digital edition of A Slow Year with the form below, or directly from the Humble Store.

The limited edition is officially sold out.

As games, these rely on the procedural representation of an idea that the player manipulates. As poetry, they rely on the condensation of symbols and concepts rather than the clarification of specific experiences. As images, they offer visually evocative yet obscure depictions of real scenes and objects. They are inspired by ideas or experiences I encounter, as attempts to capture something fundamental about how they work. Game poems aspire, perhaps, toward a kind of videogame version of Imagism, if we expand “image” to include a logic or behavior as its subject.

I created A Slow Year for the Atari Video Computer System (also known as the Atari VCS, or the Atari 2600). A standard Atari cartridge rom is 4 kilobytes in size. Each game in A Slow Year occupies 1K of space in the ROM. The player can select a particular season or play the games in order.

While it’s true that I am very fond of the Atari VCS (I co-authored a book about it), I did not choose it as a platform for this work arbitrarily, nor in the interest of retro nostalgia. The Atari applies certain constraints that contribute the ideas I wanted to get across with this work.

For one part, it all but eliminates the need (or indeed the possibility) of creating complex instantial assets like images and sounds. Many of today’s “artgames” adopt coarse visual and sound design as a way of recovering the simplicity of earlier games while extending them to new subjects. The Atari invites such designs by necessity. Its limited technical abilities and small file size demands invite symbolism.

For another, it lets me harness the platform’s history of more abstract gameplay, even if such gameplay was once about concrete things like dogfights or dungeon crawling. This fact should remind us that older forms are worth returning to for their aesthetics. Just as we might still choose to write a sonnet, take a photograph with a view camera, paint with tempera on panels, or construct relief prints with a letterpress, so we can also choose to write new games for a machine like the Atari.

For yet another, even in its commercial heydey Atari games were created by a single person, which mirrors the production process for a poem. And for yet another, it imposes serious constraints on development while still allowing for many different kinds of games. And finally, it gives me a natural excuse to adopt a very small file size as a constraint.

Images of the game, both on a modern computer and on a CRT connected to original Atari hardware. 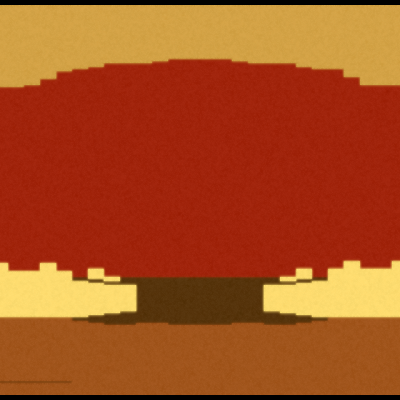 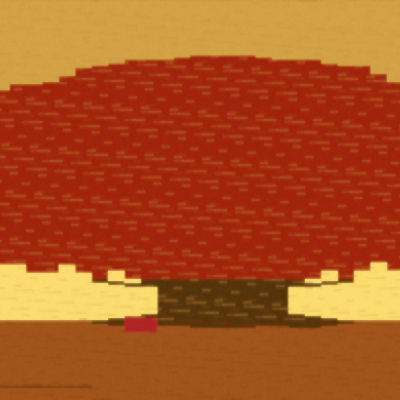 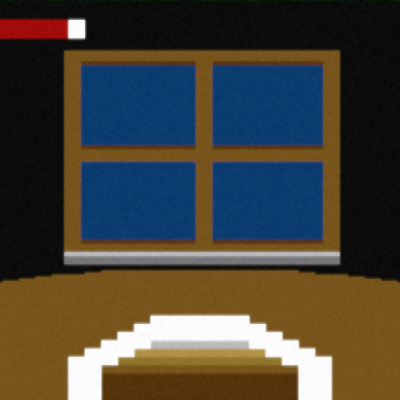 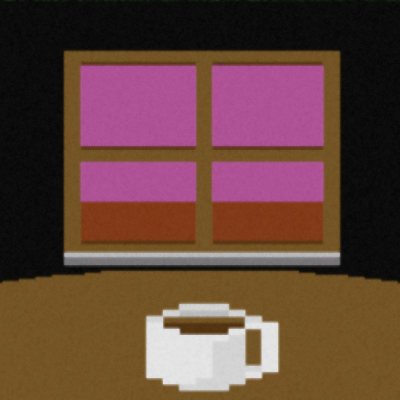 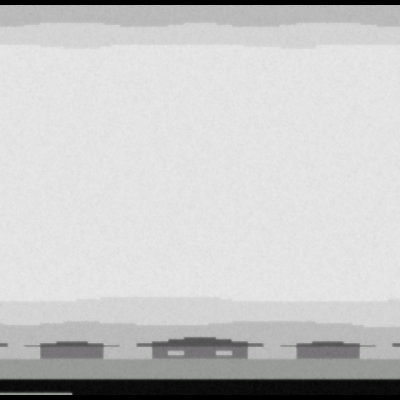 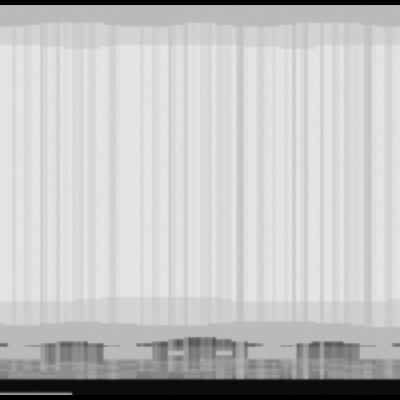 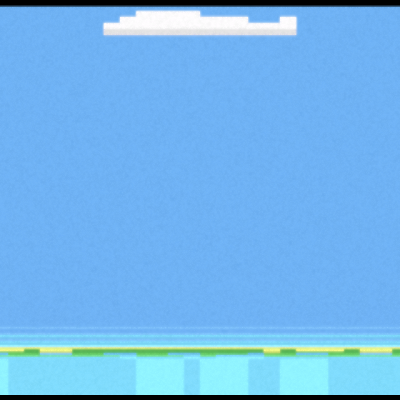 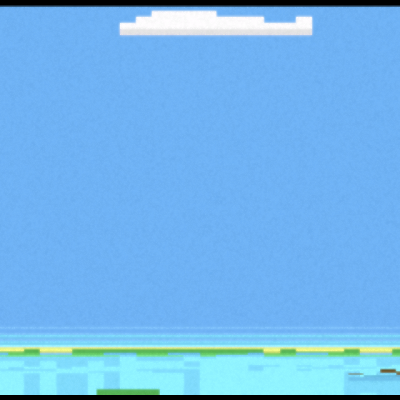 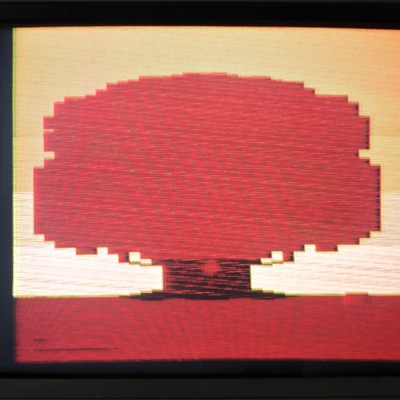 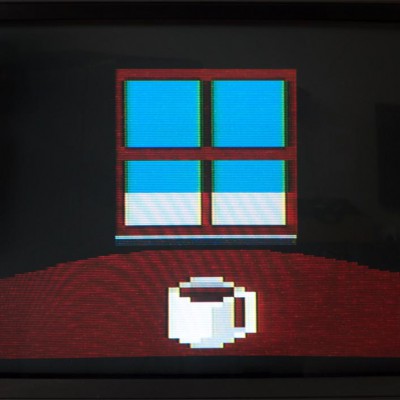 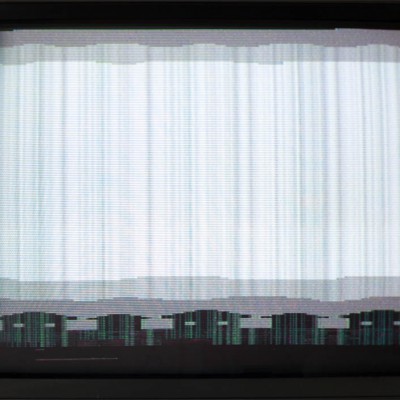 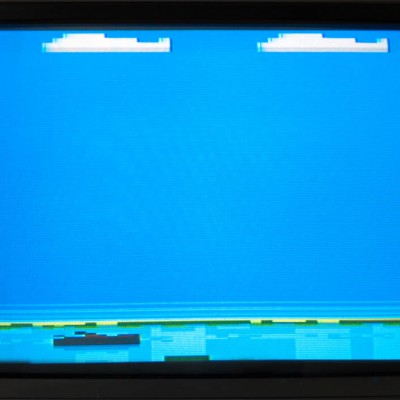 Images of the limited edition set. 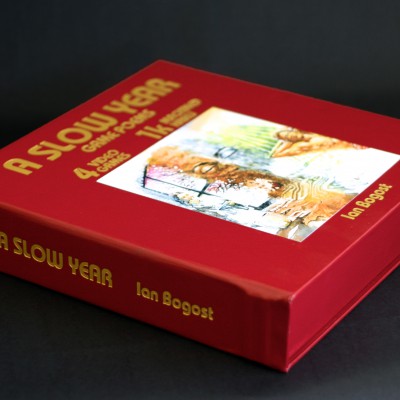 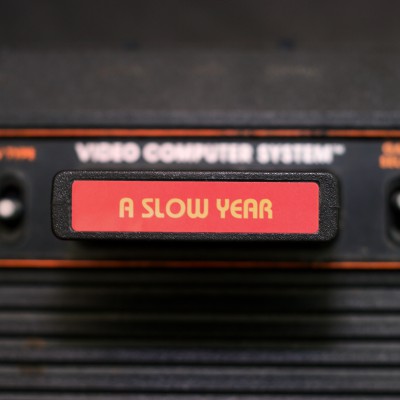 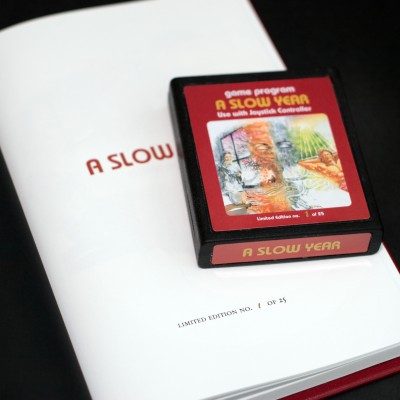 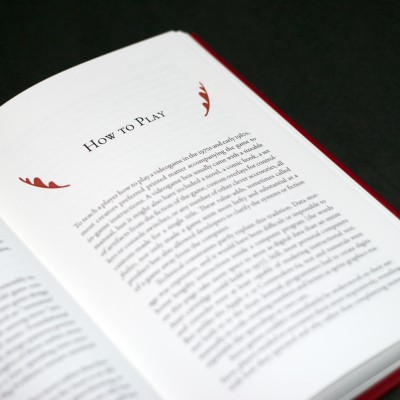 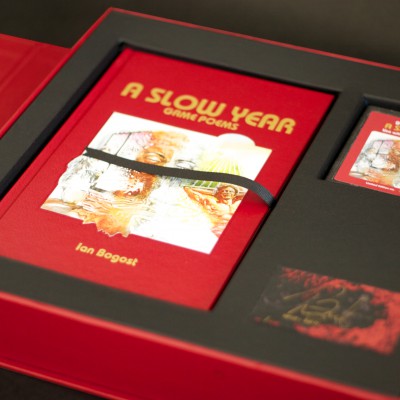 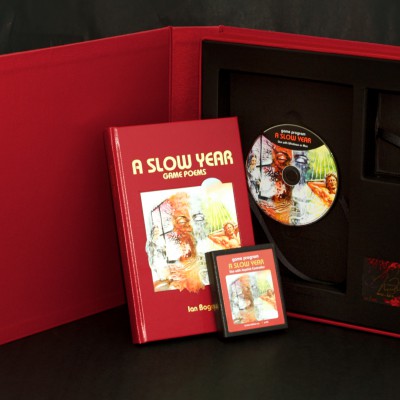 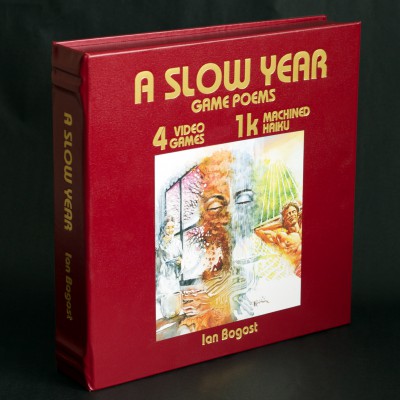 Images of A Slow Year on exhibition at the Telfair Museum of Art. For exhibition information, contact me. 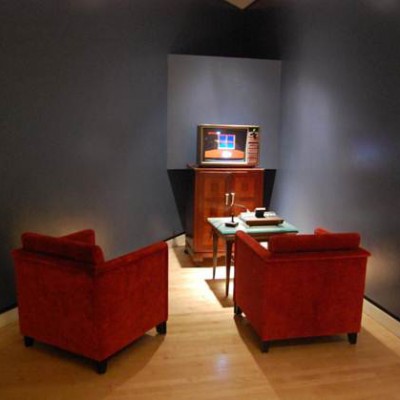 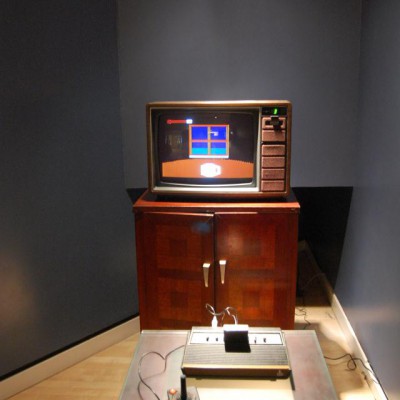