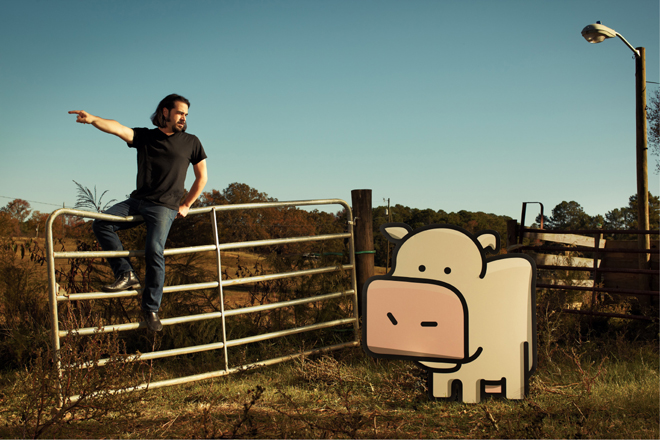 The game can speak for itself, and some players might want to let it do just that. Others may be interested in my extended thoughts on the work and why I made it. I posted those thoughts in a separate essay, Cow Clicker: The Making of Obsession:, with original comments preserved. For more on the strange progression of Cow Clicker, try searching this site. 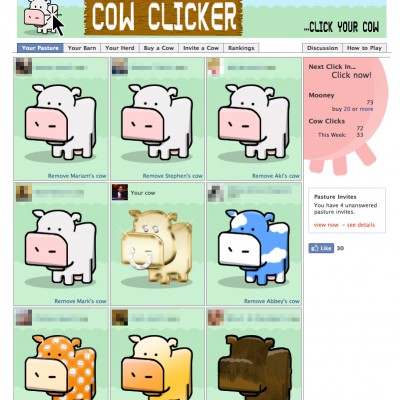 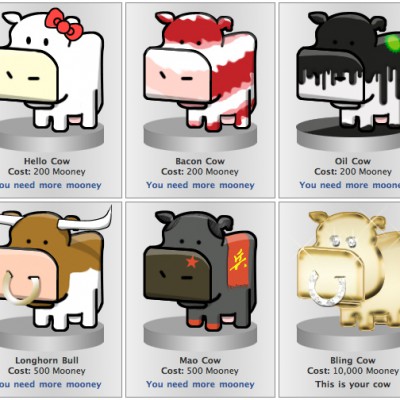 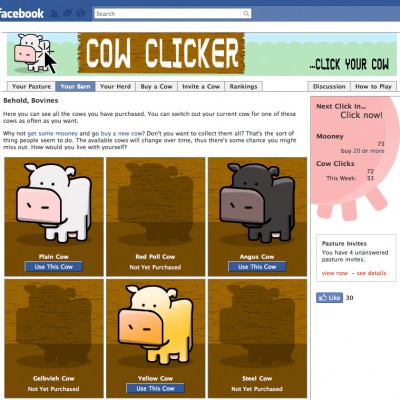 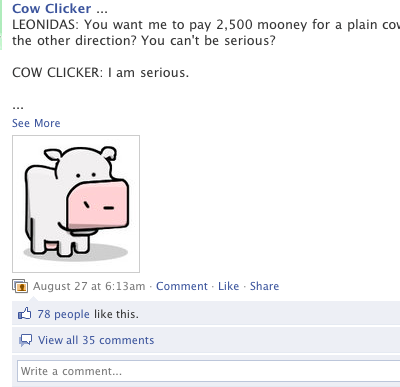 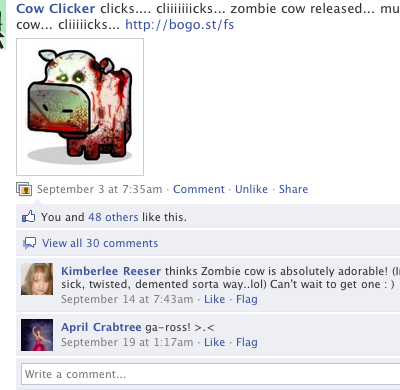 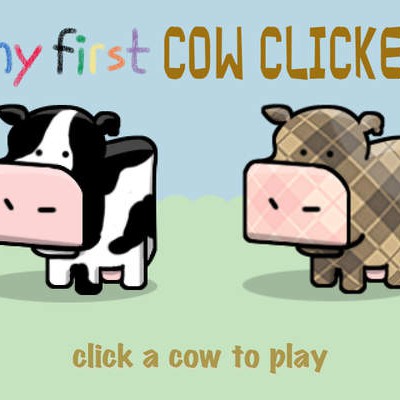 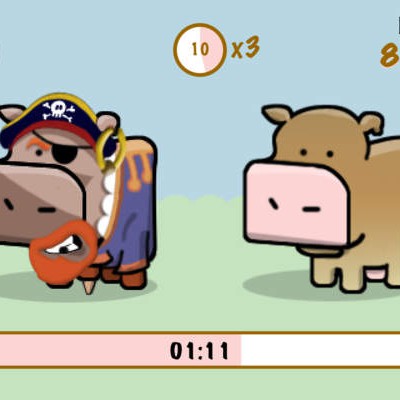 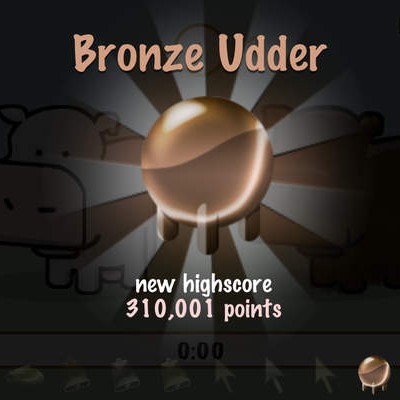 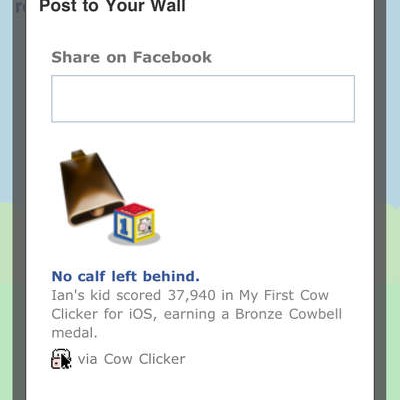 In January 2011, six months after the release of the original, I launched an expansion to Cow Clicker, extending its satire from social games to gamification, platforms, and app stores. It became possible to cowclickify your website or app with Cow Clicker Connect or the Cow Clicker API. Mobile games Cow Clicker Moobile and My First Cow Clicker followed, as I grazed my own meadow, so to speak, and made use of the API.

In Spring 2011, I launched the Cow ClickARG, in which a mysterious timer appeared, and players were enjoined to supplicate to the bovine gods to keep the game running. On September 7, 2011, the timer elapsed and the Cowpocalypse arrived, rapturing all the cows into the aether. To this day they remain disappeared, although some devoted players still click where a cow used to be.

In December 2011, Wired magazine ran a feature on the game, The Curse of Cow Clicker: How a Cheeky Satire Became a Videogame Hit. In Spring of 2012, I presented a talk at GDC Online about the game, Making a Mockery: Ruminations on Cow Clicker. 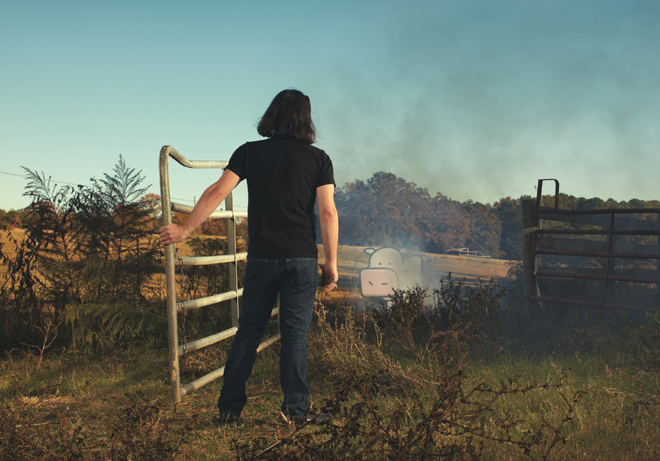