While they’ve never said so in public, it seems Facebook has always been a silent fan of Cow Clicker. I’ve been tipped off about it several times, including via this shot of a Cow Clicker doodle on the whiteboard “wall” at Facebook HQ. A wider view of the wall cow included, later appeared in an issue of Wired.

But given the recent cowpocalypse, I’m particularly chuffed that Facebook gave a shout-out to Cow Clicker on the current Facebook Developers page, in the middle section under “Making Games More Social.” More social indeed.

Screen capture below, since it will likely change soon enough. Click for a larger version. 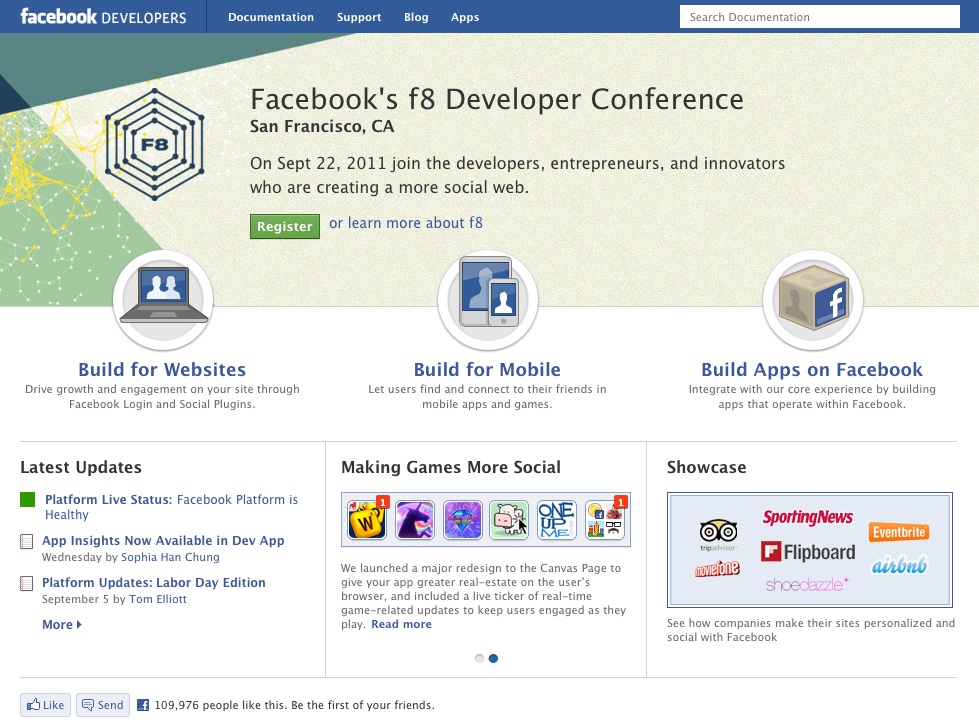