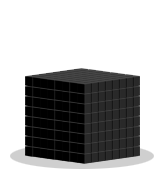 Peter Molyneux is unusual among commercial game designers. He’s very well-known and successful, yet his games are often quite unusual, and his crazier ideas have a reputation for not quite making it to market. Molyneux’s penchant for absurdist, conceptual design koans even inspired a Twitter parody, @PeterMolydeux, whose design one-liners are now perhaps even more famous than the originals they were meant to mock.

Despite the criticisms, Molyneux is a legendary designer whose successes (Populous! Black & White!) are matched only by his unusual willingness to experiment with highly conceptual design ideas—an unusual virtue at the level of investment and appeal where Molyneux’s games compete.

Recently, Molyneux set fresh expectations for even weirder ideas by announcing his departure from Lionhead, the studio he founded after Bullfrog, in order to found a new independent studio called 22 Cans. Last week, amid the fever of the annual E3 expo, Molyneux announced 22 Cans’ first title, a conceptual game called Curiosity. Here’s how New Scientist described it:

The first experiment, “Curiosity”, puts players in a virtual room containing a single black cube. Players tap away at the cube, causing it to fracture and shed tiny layers from the surface. Other fractures also appear because everyone playing the game is tapping away at the same black cube.

Molyneux clarified a few other details: only the player who finally cracks the cube will see inside, where they will find something “truly amazing, absolutely unique.” And players will be able to buy different virtual chisels which will allow greater purchase (as it were) on the virtual cube. One of them will cost Â£50,000, in what Molyneux calls “an experiment designed to explore the psychology of social-media users.”

When news of the game first broke, more than a few people noticed a similarity between Molyneux’s experiment and my own Cow Clicker. Some even called Curiosity a less interesting experiment in what is now apparently a whole genre—the meta-social game. It’s certainly more conceptual than Cow Clicker, if for no other reason than the fact that Curiosity is still but the announcement of an idea of a game rather than the release of one.

Not to be outdone in the click-commentary department, I spent a day over the weekend and implemented the same idea inside of Cow Clicker. I even added expensive “click-axes,” although none quite match Molyneux’s $77,000 virtual tool… yet, that is. In any case, there’s no need to wait for Molyneux’s more elaborate cube clicking game, you can click on my lither, more formerly cow-laden version today. How far down the rabbit hole are we now, I wonder?